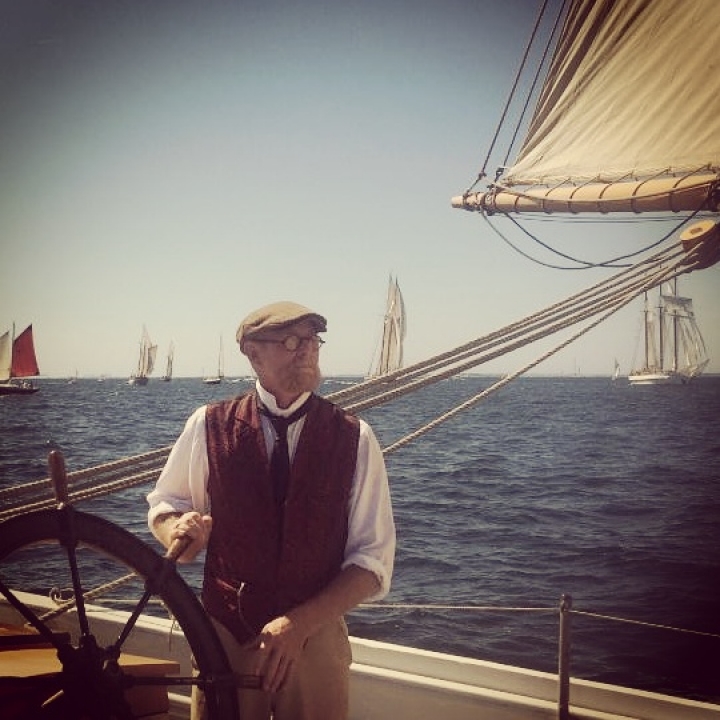 Captain Chris Flansburg was born in Long Beach, CA, and raised in California, Arizona, and Utah.
He lives in Appleton, Maine and has chickens, a brother, a blacksmith shop, and a 1975 BMW r90 with a sidecar. He joined the Army at 18 served 4 years as a paratrooper. Chris started working on boats in 1988 in Israel while traveling. He worked with at-risk youth in southern Utah in the late 80's early 90s, and started sailing in tall ships in '92 and '93 on Tole Mour.