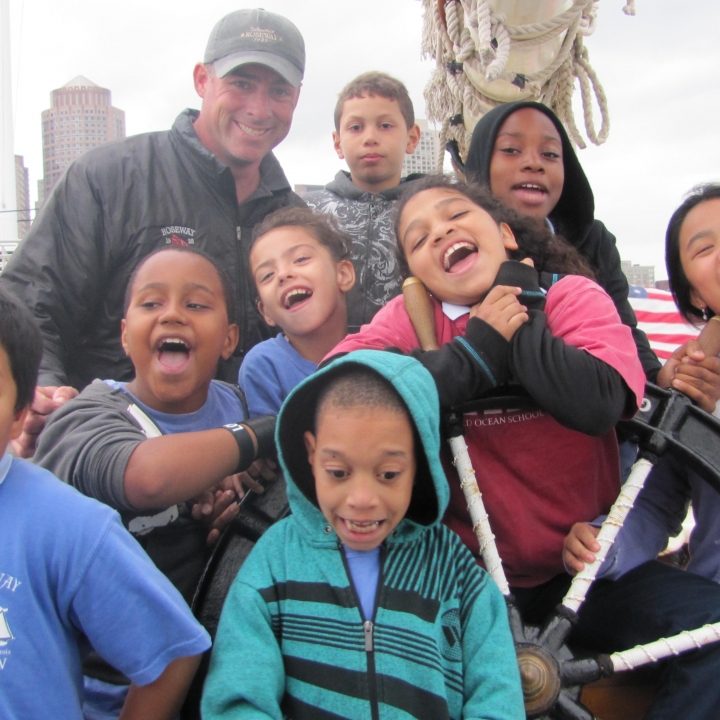 Tom grew up sailing the waters of New England with his father and mother, and then started racing turnabouts, eventually moving up to 420′s, and then on to the cruising class. It wasn’t long before he fell in love with schooners and purchased his own 50 ft schooner in 2004 named St Brendan, and in 2005 sailed his schooner south. Tom lived aboard and chartered the vessel for a winter season in the Virgin Islands and then returned to New England to operate private charters aboard St. Brendan in Boston.

In 2006 he was hired by the World Ocean School to serve as a part time chief mate aboard Roseway–-a job which quickly turned in to full-time captain. He has sailed Roseway ever since and now serves as Roseway's Senior Captain and Director of Marine Operations. He holds a USCG 1600-ton oceans license with a number of endorsements. Tom lives with his wife and son in Atlanta, GA.