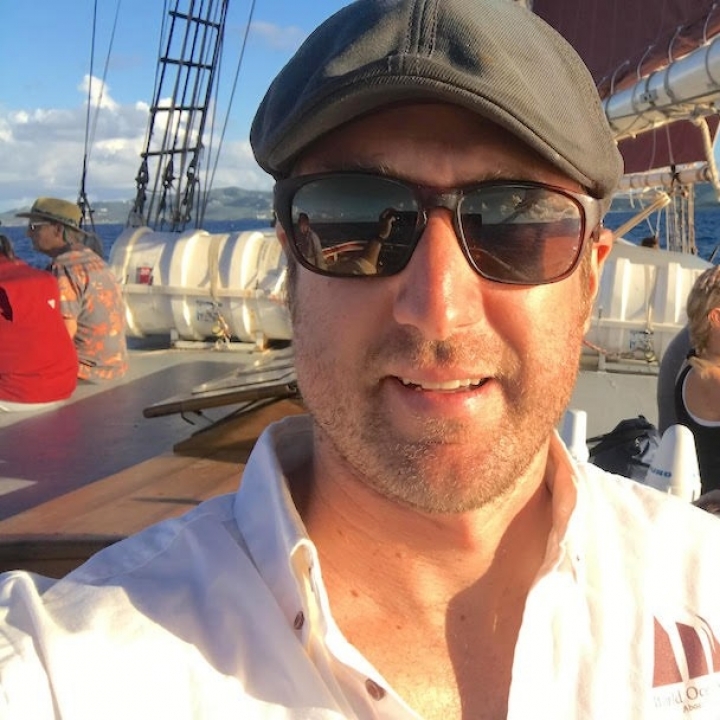 Captain Mike Moreland was born and raised in Portland, Oregon but now calls Lahave, Nova Scotia home. He lives in an old Cape style house on the coast with his wife Jen and 18-month old daughter, Olive. He has been sailing traditionally rigged tall ships since he was 16 years old and has worked his way up to Captain after attending Maine Maritime Academy. He holds a USCG Master 3000 ton and has sailed as mate and captain onboard DANMARK, SORLANDET, PICTON CASTLE, COLUMBIA, AMISTAD, UNICORN, BOWDOIN, and SPIRIT OF BERMUDA which have taken him all around the world from the South Pacific to Northern Europe. He enjoys the life onboard a tall ship as well as passing on the trade to all the crew that sail with him.

He is an avid surfer and skier and also enjoys sailing his little 30 ft schooner along the Nova Scotian coast. Captain Moreland owns and operates a rigging company named Ironbound Rigging Co, based out of Lunenburg, Nova Scotia.