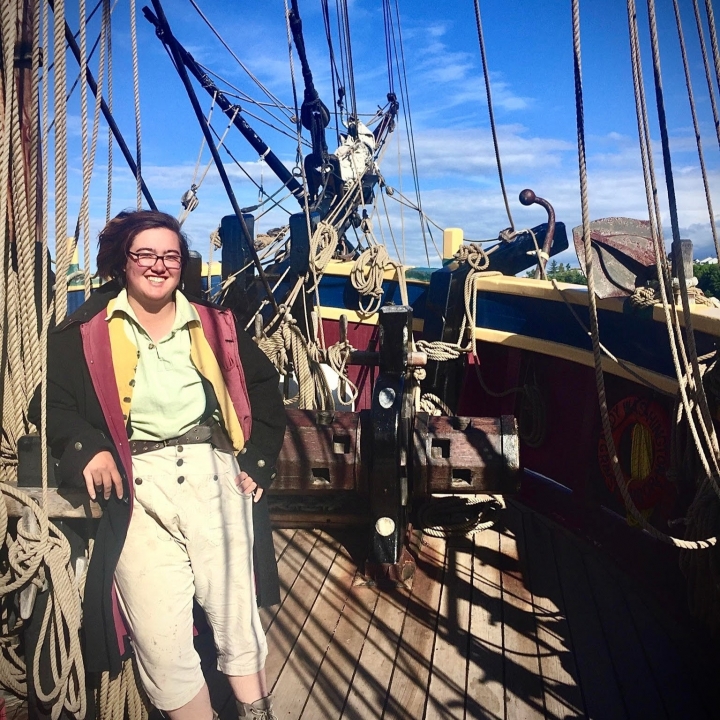 Cafferty graduated from Bard College in New York with a degree in computer science that has lain unused since. Working for a year at a law firm, Cafferty eventually had enough of sitting at a desk, ran away to sea, and has been working in the outdoors ever since, mostly on tall ships, with a short stint in the mountains operating a ski lift.

Cafferty’s other interests are varied, ranging from drawing to blacksmithing to fire spinning, with various stops in between.