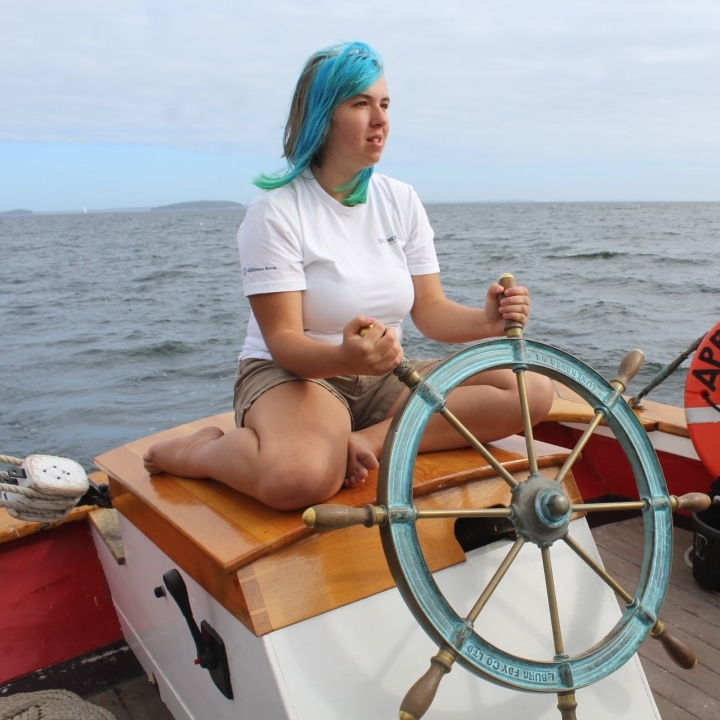 Aurora grew up in a state park in the mountains of North Carolina while also spending a lot of time on the NC coast (mostly in parks). She has always had a love for the ocean and conservation. She spent a lot of time Hammocks Beach State Park growing up and then started volunteering there as a teen doing "Turtle Patrol" keeping track of sea turtle nests. She has also spent time on Ocracoke Island working on Schooner Windfall ll doing charter sails and pirate history tours. She went to school for Criminal Psychology but after two years she has switched to Marine Biology with a focus on Shark Biology and Conservation. Sharks are her favorite animal and she wants to help people see them in a more positive way so that they will want to protect them as well. She spent a three week summer semester with SeaMester on S/Y Ocean Star where she took classes in Seamanship and got her PADI Open Water Diver, VHF SRC, and International Crew Sail certifications.