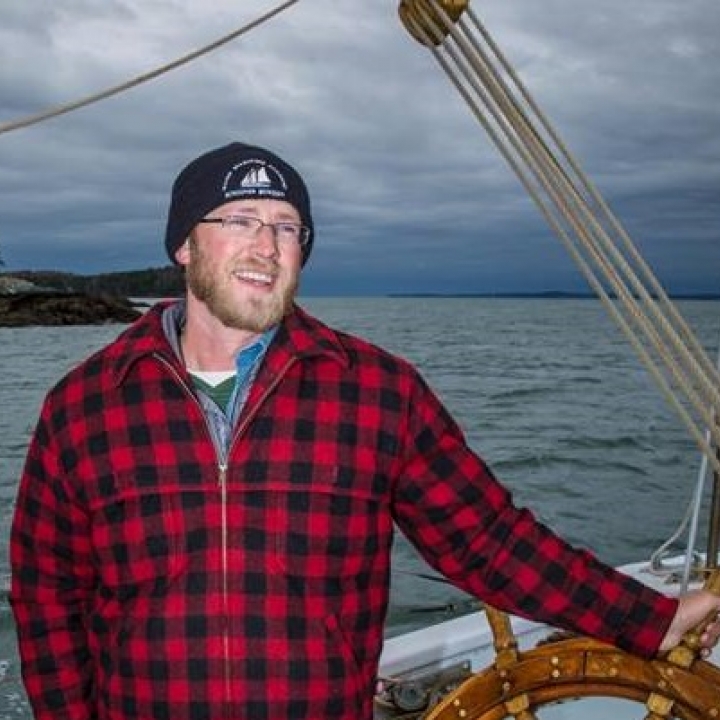 Captain Alec Schoettle began sailing classic wooden boats at a young age on his family’s twelve and a half foot long Beetle Cat and has been hooked on traditional sailing ever since. His first job was teaching sailing on traditional boats as a teenager at the WoodenBoat School in Brooklin, Maine, and his work from then to now has been variations on the same themes. After college he worked for a few experiential education programs in Maine, Texas and the Caribbean before winding up working on the schooner Harvey Gamage on a semester at sea program. In the time since he has worked on numerous other traditional vessels while working his way up the ranks. A turning point in his career occurred when, after having sailed as Captain on multiple smaller boats and having served aboard as Chief Mate for a couple of years, he was named Captain of Maine Maritime Academy’s schooner Bowdoin. He now works as a Captain and Vessel Manager on multiple different boats and resides in Searsmont, Maine with his wife and dog.